Early in World War I the Germans were able to capture the town of St. Mihiel in Northeastern France.  The town and surrounding area remained in German hands until 1918.  Following the Aisne-Marne Offensive the commander of the American Expeditionary Force (AEF), General John Pershing, convinced Allied Supreme Commander Ferdinand Foch to allow the Americans to lead their own offensive.  On the September 12 the Americans attacked along the St. Mihiel salient with two corps of infantry, 419 tanks, and over 1,000 aircraft.  By September 15 the Americans controlled all of the St. Mihiel sector, which allowed General Pershing to withdraw most of his forces in order to prepare for the future offensive in the Meuse-Argonne.

Below are the stories of three "VPI men" who were there. 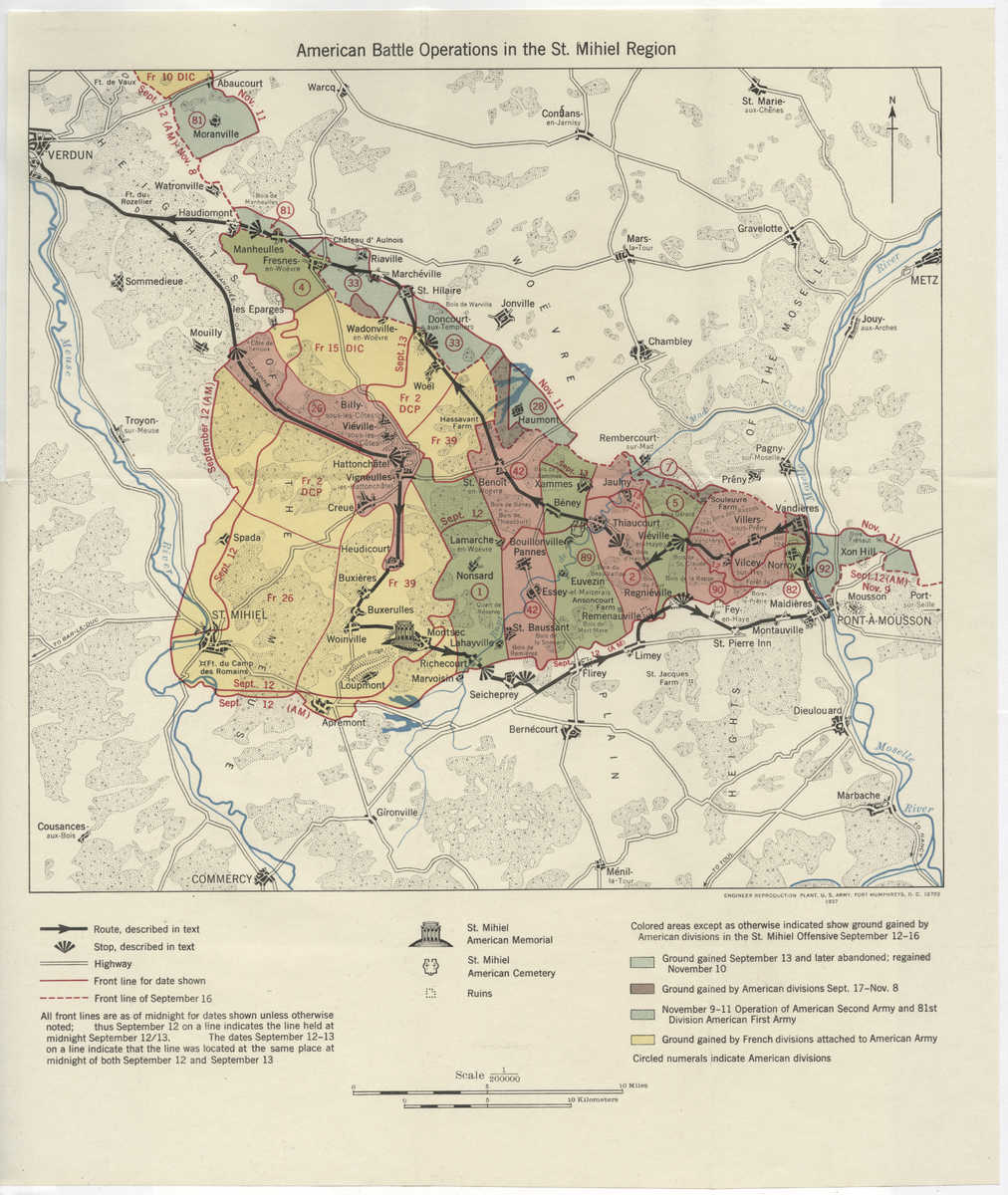 Map of the St. Mihiel Offensive produced by the American Battle Monuments Commission. Each colored section represents a different American division in the offensive. The three men below- Clifford Hubbard, Withrow Legge, and Leonard Gaines- fought with the 89th, 92nd, and 5th Divisions respectively. 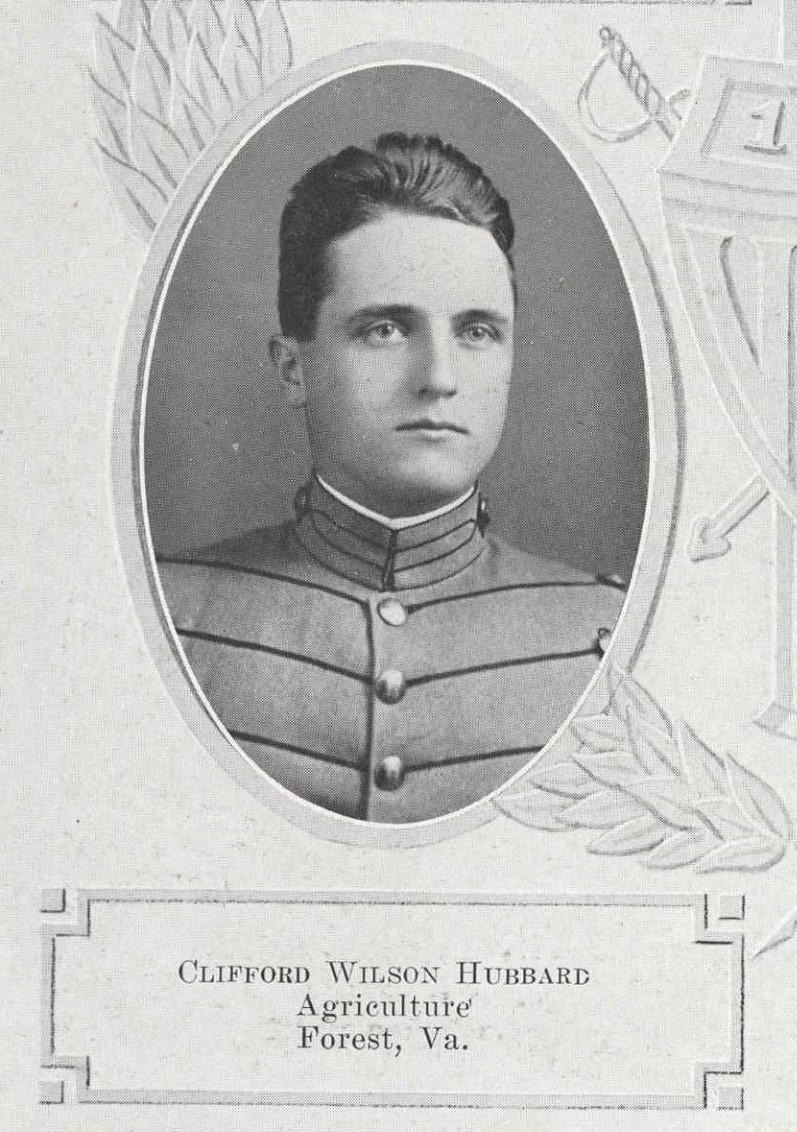 “September 12, we filed into some trenches and got orders to prepare for action… This was the first big barrage we had ever heard. As far as you could see to the right and let the sky was lit up and you could scarcely hear your own voice.”

-1st Lieutenant Clifford Hubbard on the first day of action at St. Mihiel

Clifford Hubbard from Forest, Virginia, entered military service in late 1917. After completing training at Camp Green in Charlotte, North Carolina in April 1918, his unit was sent to France. Upon their arrival, Hubbard’s unit spent over a month drilling before being sent to front line trenches in June. It was here that Hubbard wrote that he first experienced his “first taste of gas” and “machine gun fire.”

Soon, his unit was pulled from the front line in order to train for the upcoming American offensive at St. Mihiel, which began at 1 A.M. on September 12. During the first hours of the battle Hubbard wrote that the entire sky was “lit up” with shells and the artillery barrage completely drowned out his voice. When his unit went “over the top” at 5 A.M., Hubbard wrote that his unit “started and did not stop for three days.” Hubbard noticed that the first days of the Battle of St. Mihiel were so successful that German soldiers had only two ideas, to run, and “if they could not run fast enough, to surrender.”After St. Mihiel, Hubbard and his unit participated in the Meuse-Argonne Offensive where he was shot through the chest by a German machine gun on October 14. While he was recovering Hubbard learned that his younger brother, Samuel Hubbard, died in combat on the same day Clifford was wounded. After learning of the death of his brother, Hubbard wrote that he could not wait to return home to start farming again, “The army is all right, but I think that I like farming a good deal better.” 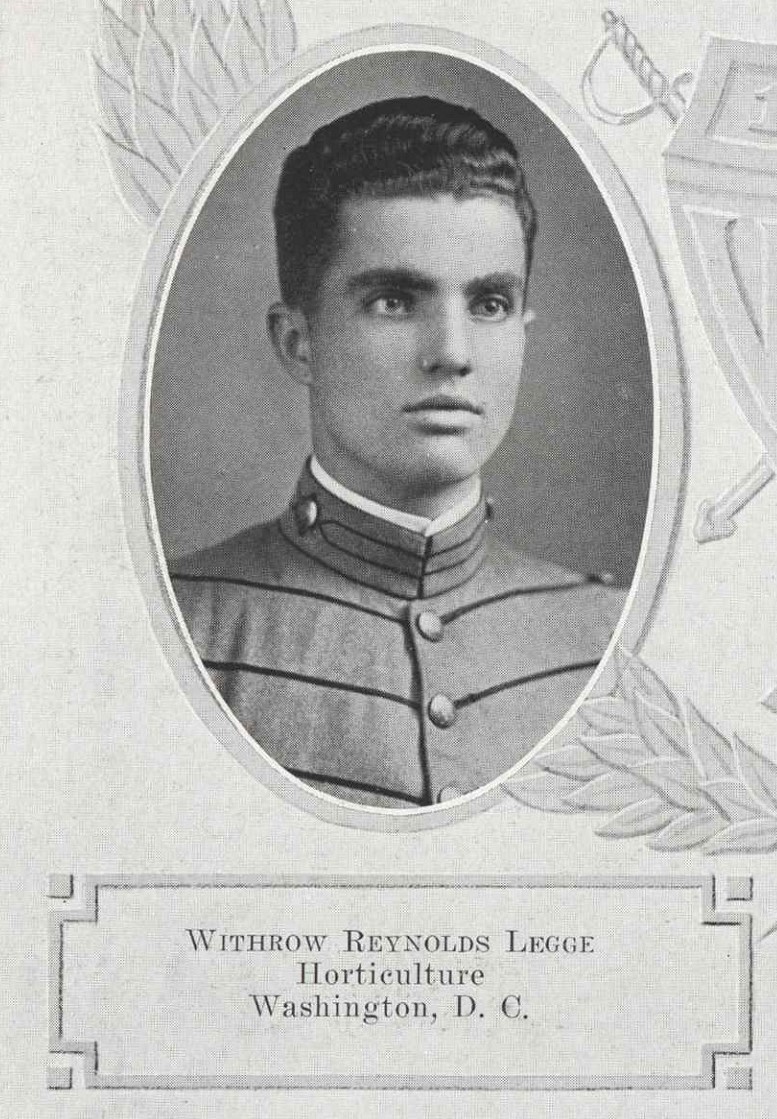 “Our battery was in a big woods with barbed wire strung in among the trees in which the Boche had left upon departing a short while before. It was dark as Hell itself and of course no lights are permitted as they soon draw fire, even a cigarette butt will do that.”

Withrow Legge entered military service in late 1917. Upon entering service Legge was sent to Camp Custer, near Augusta, Michigan, to train with the 328th United States Field Artillery where he was made executive officer of the battery before being sent to France.

After the Armistice, Legge and his unit stayed in their positions just ten miles from the infamous German stronghold of Metz. It was there that he saw long lines of Allied prisoners from all nations released by Germany pass through his lines all day and night. 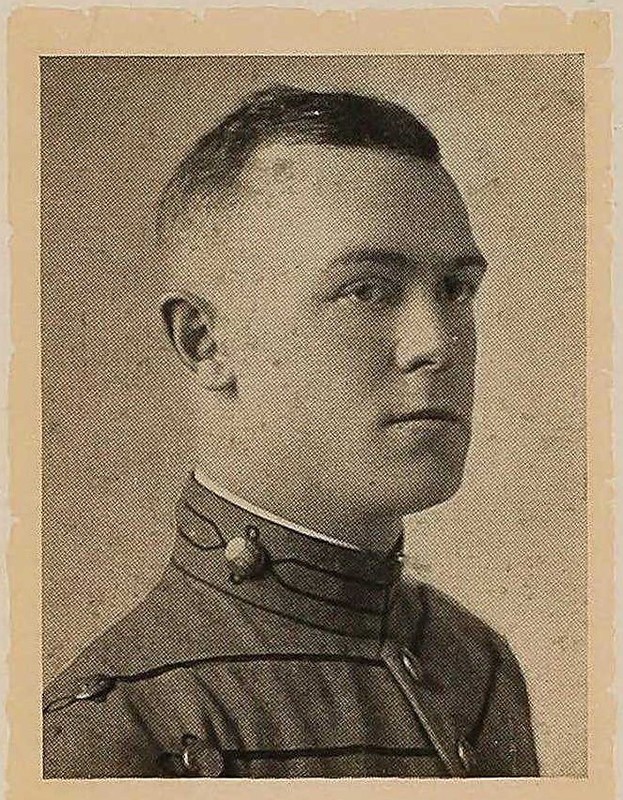 “It was good fun until you were hit”

Leonard Myrton Gaines, born in Richmond in the spring of 1895, was described by the 1917 Bugle as being a friendly, well rounded person who had a “million dollar smile.” Gaines enlisted in the army in April of 1917 as a private. In September of that same year, Gaines was shipped to Chattanooga, Tennessee where he was assigned to Company I of the 6th Infantry Regiment in the 5th US Army Division. Upon completing training, Gaines and the rest of his unit sailed for France on April 12, 1918 and arrived in the city of Brest, France on April 23. 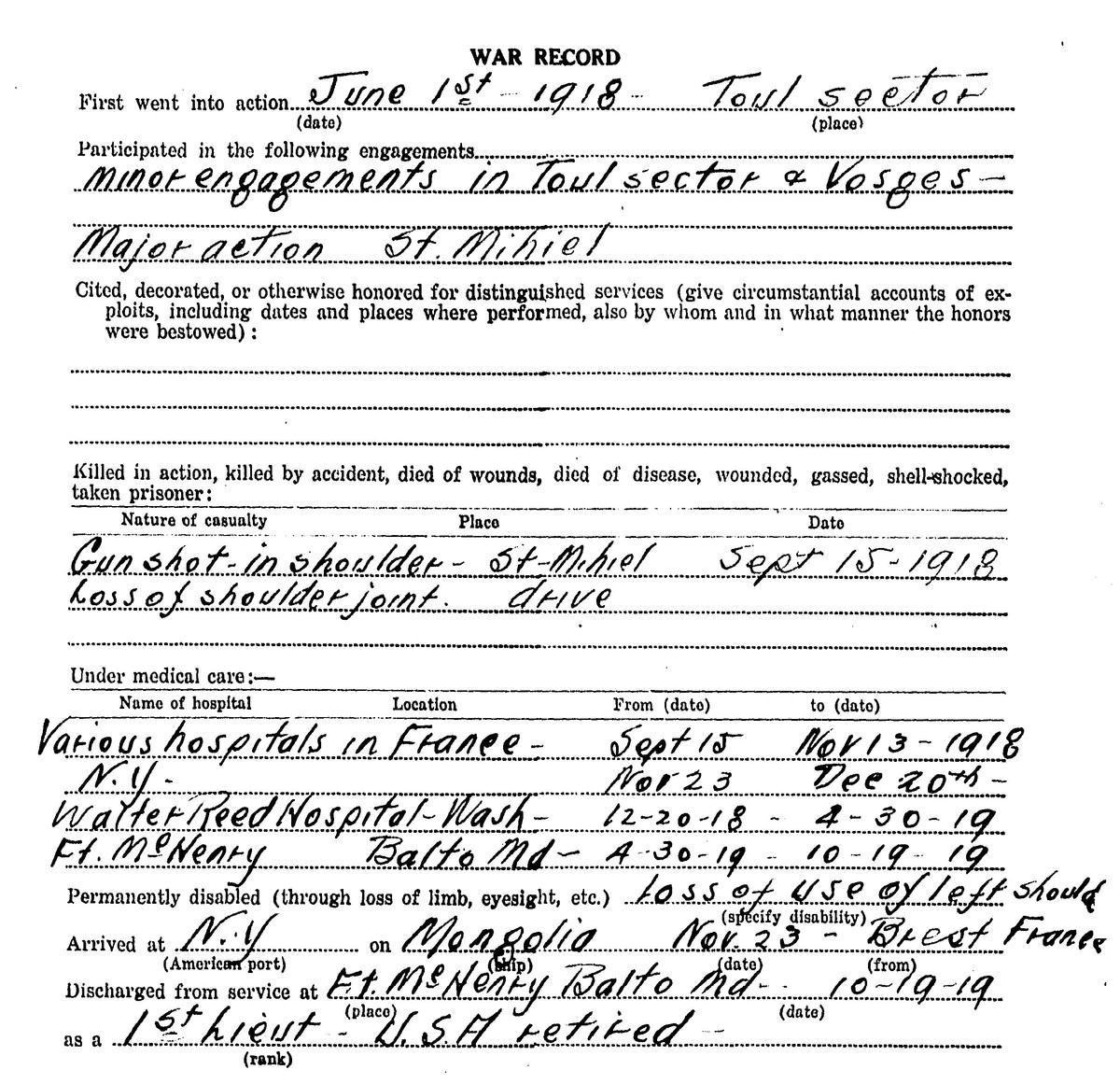 After training with the French Army, the 5th Division was deemed ready for combat and was sent to occupy French trenches in the Vosges Mountains on the first of June. Gaines reported that the division fought in “minor engagements” during this time. However, the division’s first major action took place during the Battle of St. Mihiel in which fourteen American divisions and four French divisions were tasked with breaking the German salient in the region. The attack began on September 12, 1918 and progressed so rapidly that by September 13, all of the first week’s objectives had been met. Gaines’ 5th Division fought so well at St. Mihiel that German soldiers referred to them as “Die rote teufel”, which means “Red Devils.” Fighting did not cease entirely until September 15, the day when Gaines was hit in the shoulder by German rifle fire.

Gaines spent the rest of the war in hospitals in France, and returned home to the United States on November 23, 1918. He permanently lost the use of his left shoulder as a result of his wound. Reflecting on his wartime service, Gaines wrote that the war was “good fun until you were hit.”