“September 12, we filed into some trenches and got orders to prepare for action… This was the first big barrage we had ever heard. As far as you could see to the right and let the sky was lit up and you could scarcely hear your own voice.” -1st Lieutenant Clifford Hubbard on the first day of action at St. Mihiel

Clifford Hubbard (VPI Class of 1913) from Forest, Virginia, entered military service in late 1917. After completing training at Camp Green in Charlotte, North Carolina in April 1918, his unit was sent to France. Upon their arrival, Hubbard’s unit spent over a month drilling before being sent to front line trenches in June. It was here that Hubbard wrote that he first experienced his “first taste of gas” and “machine gun fire.”

Soon, his unit was pulled from the front line in order to train for the upcoming American offensive at St. Mihiel, which began at 1 A.M. on September 12. During the first hours of the battle Hubbard wrote that the entire sky was “lit up” with shells and the artillery barrage completely drowned out his voice. When his unit went “over the top” at 5 A.M., Hubbard wrote that his unit “started and did not stop for three days.” Hubbard noticed that the first days of the Battle of St. Mihiel were so successful that German soldiers had only two ideas, to run, and “if they could not run fast enough, to surrender.”

After St. Mihiel, Hubbard and his unit participated in the Meuse-Argonne Offensive where he was shot through the chest by a German machine gun on October 14. While he was recovering Hubbard learned that his younger brother, Samuel Hubbard, died in combat on the same day Clifford was wounded. After learning about the death of his brother, Hubbard wrote that he could not wait to return home to start farming again. “The army is all right, but I think that I like farming a good deal better.”

After the war ended, Clifford Hubbard returned home to Forest, Virginia and resumed farming. He married in 1921. When his second son was born he named his son Samuel, after his brother who had died during the Meuse-Argonne Offensive.

After the war ended, Clifford Hubbard returned home to Forest, Virginia and resumed farming. He married in 1921. When his second son was born he named his son Samuel, after his brother who had died during the Meuse-Argonne Offensive. 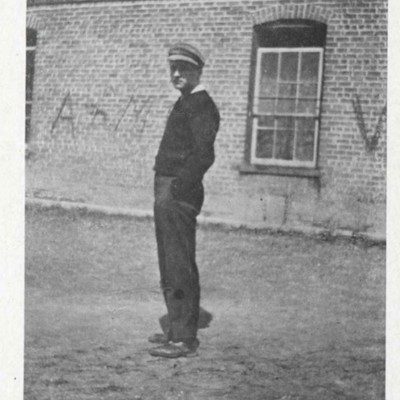 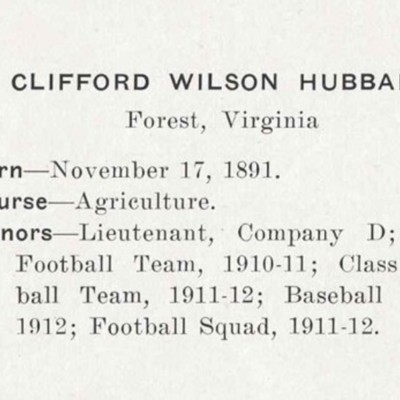 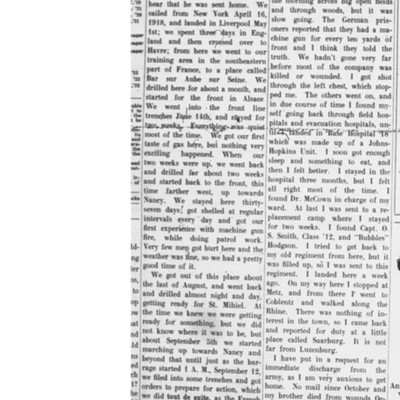 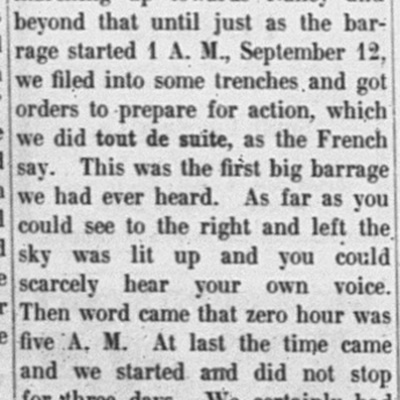