“At a given time to the second, we poured a terrific rain of our heavy high explosive shells...into a wood filled with enemy machine guns, killed or ran out the entire crew...Ah! It was a magnificent affair”
-Captain John Faulconer describing combat in the Meuse-Argonne Offensive

John Waller Faulconer, from Tappahannock, Virginia,  graduated as part of the Virginia Polytechnic Class of 1912. Nicknamed “Poky”, he studied Civil Engineering, where he excelled academically. A Company Commander in Company D of the Corps of Cadets, Faulconer also worked as Business Manager of the Bugle, the VPI yearbook.

Just months after the war began, Faulconer joined the United States Army on June 5, 1917 as a Second Lieutenant. Faulconer was assigned as a battery commander with the 315th Field Artillery Regiment, 80th Division. With the 315th, Faulconer participated in the Meuse-Argonne Offensive.

On the evening of September 9, 1918, Faulconer and his unit arrived on the battlefield and began preparations for the upcoming Meuse-Argonne Offensive. Under the cover of night and poor weather, the 315th built their gun positions. He described the work as harder than any he ever done before. But he wrote that the hard work was also reassuring because it meant that him and his unit would have some protection from returning German artillery fire. When the Meuse-Argonne Offensive began, Faulconer and his unit poured an incredible amount of artillery fire into German lines in preparation for the infantry advance. During the six hours of shelling before the infantry advance, American artillery units expended more ammunition than was spent by both sides during the entirety of the American Civil War.

He was Honorably Discharged with the rank of Captain at the end of the war. He later married Sylvia Dornche and moved to Southern Pines, North Carolina, where he died on September 18, 1971.

Participated in the Meusse-Argonne Offensive 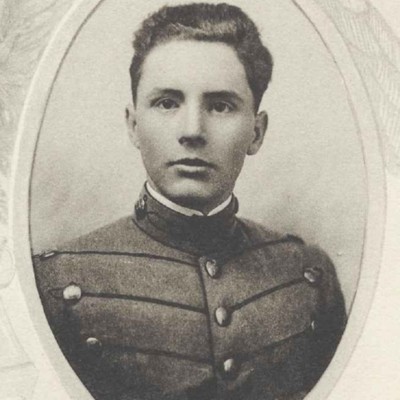 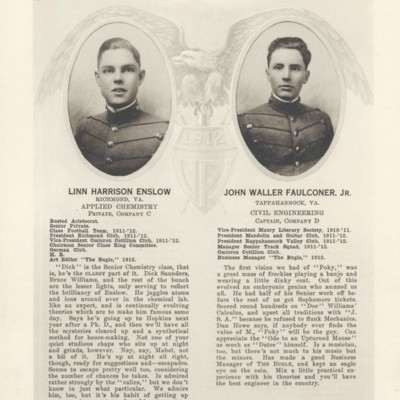 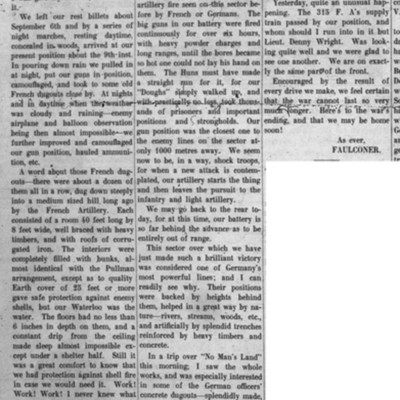 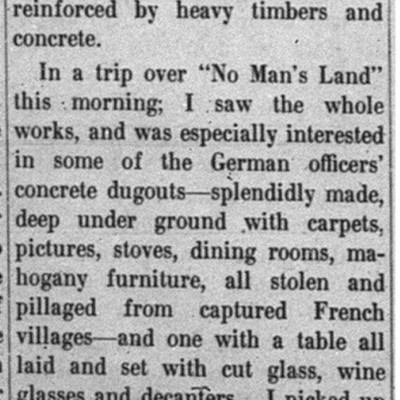 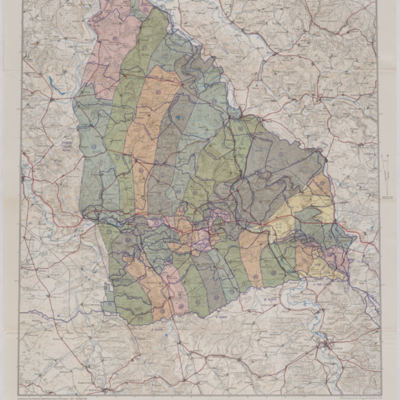