“All this makes us very proud of our boy, it is what we expected of him, but oh! Nothing, nothing can compensate us for his loss”
-Daisy Wayne France, on the death of her son 1st Lieutenant James France

James Wayne France, who graduated from VPI in 1915 with a degree in agriculture, volunteered for the Army on August 26, 1917. After enlisting France was assigned to Company I of the 320th Infantry, 80th Division at Fort Meyer, Virginia. The 80th Infantry Division was nicknamed the “Blue Ridge” division because it primarily consisted of volunteers and draftees from the Blue Ridge Mountain region of Virginia, Pennsylvania, and West Virginia. France, and the rest of the division, trained at Fort Meyer until November 26, 1918 when they were transferred to Camp Lee, Virginia. The division spent the rest of the winter and early spring stationed at Camp Lee until they departed for France on May 26, 1918.

Before going into combat, France and his division began training alongside British soldiers before they were sent to the front on August 18, 1918. On September 12, France and his division saw their first combat during the Battle of St. Mihiel. France survived this battle unscathed, and would again go into combat on September 26th in the climatic stroke of the war, the Meuse-Argonne Offensive. On October 11, France was leading his company in action against German trenches and other fortifications when he was struck by an artillery shell and instantly killed. In correspondence between his fellow soldiers and his mother, his comrades reported that France was regaled as a hardworking, model officer whose “men would have followed him anywhere.”

James France was killed by German shellfire on October 11, 1918 while fighting in the Meuse-Argonne offensive. He was 28 years old.

France fought with the 80th infantry division in the Meuse-Argonne offensive. He was killed by a German artillery shell on October 11, 1918. In a letter from his mother to "The Virginia Tech" in which she recounts the circumstances of her son's death as told to her by one of his comrades, "He had finished cleaning out a Boche machine gun nest in great style, and had reported to the major that he had accomplished his mission. I was standing beside him at the time. I don't remember a thing besides a terrible noise, a lightning flash, and I was hurled to the ground. Wayne was killed instantly. It is the way I want to die when my time comes."

From the action report of Major Williams, between 3 and 4 PM on October 11 found in History of the Eightieth Division AEF in World War I by Russell Stultz, pgs 478-479 (the actions below occured in a foxhole on the edge of the Bois de Malaumont):

"Maj. Emory and I were sitting in the little rifle pit, which was about three feet deep, two feet wide, and five feet long; our knees touched, and the tops of our helmets were slightly above the level of the ground. I remember an officer of the 5th Division came up after a little while and sat on the edge of the rifle pit and said that his Division was to relieve us, which relief, he said, was to take place that night.

Lt. France was sitting on the edge of the pit on one side and Lt. Preston on the other. Capt. Sumner and Lt. Vermeule were in a little pit about twenty feet away and some wounded machine gunners and other men were seated in rifle pits or lying upon the ground.

One of the companies from the 319th Infantry sector on our left came in battle formation across the open space that separated our wood from their sector and poured a great volume of fire into our wood, under the impression, the officer in charge said, that enemy fire was coming from our woods. I remember Lt. Ben Temple, who was also close by, rushed out to the edge of the woods, held up his hands and said: ‘For Gods Sake, men, stop shooting us up!’ The bullets did not do us any harm, but the Boche saw movement of the troops into our woods and in about twenty minutes began to pour steel into the area.

Without the slightest warning, I suddenly found myself under the ground as if by magic, with a ringing in my ears as of many bells. After a Bewildered moment or two, I worked my helmet and my head through the surface of the earth and looked around. Maj. Emory was just then doing the same thing, and I remember the bewildered look in his eye. I tried to get my arms loose, but could not, so tight had they been packed by the impact of the shell. Presently two men (I think Capt. Wilson was one of them) took hold of me and pulled me out.

The shell had struck and exploded with its full force against the body of the 5th Division Officer who was talking to us, blowing him into a thousand pieces. Lt. France was blown across the rifle pit and killed, two machine gunners were killed outright, and four others wounded. Lt. Preston was struck in the side and in the neck with pieces of steel but was able, with some assistance, to move to the first aid station. Capt. Sumner was shell-shocked.

My legs had been cramped with the impact of the earth and were very shaky and my eardrums were ringing so that I could not hear a person speak. In that condition of mind and body, I determined to go back to my headquarters at once where I could collect my scattered thoughts and rest my shattered nerves for a time.” 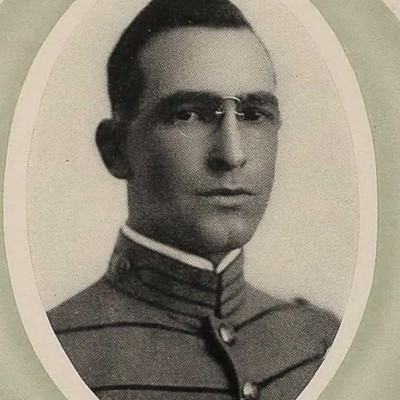 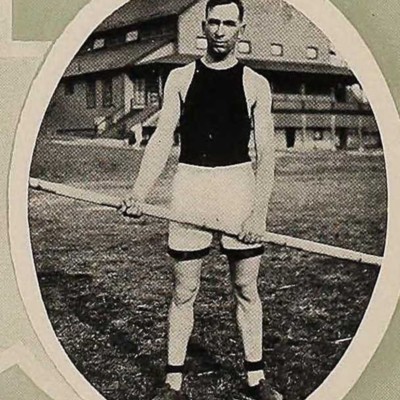 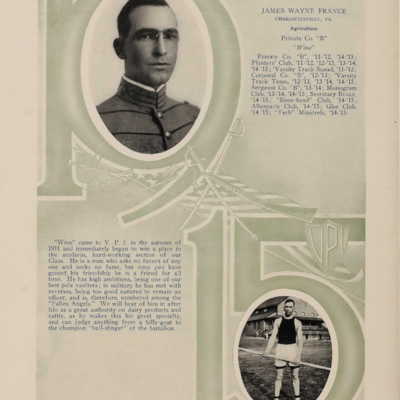 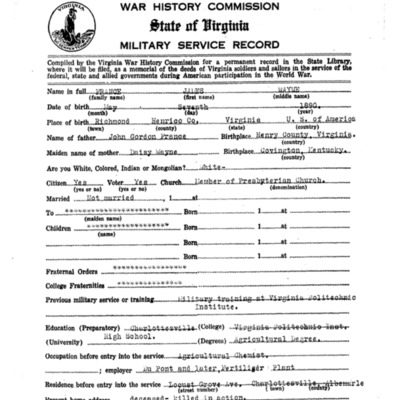 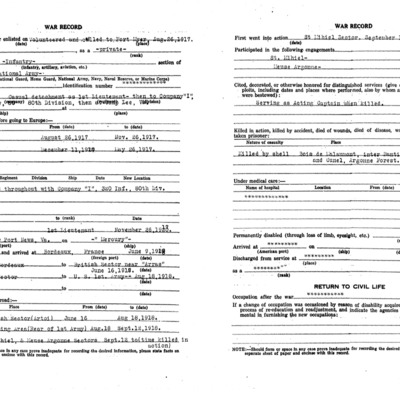 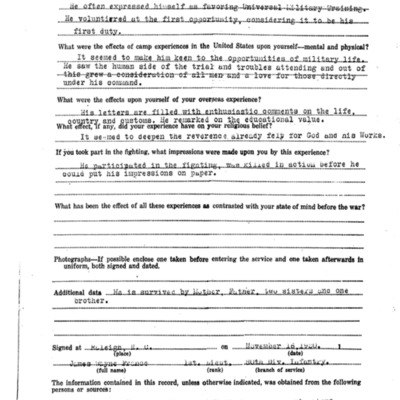 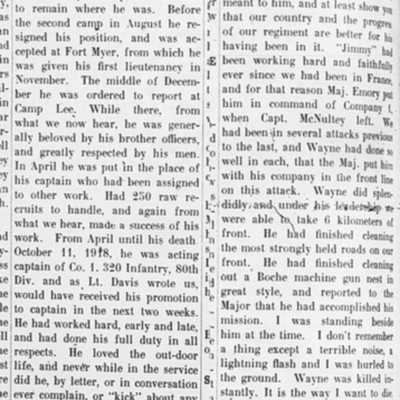 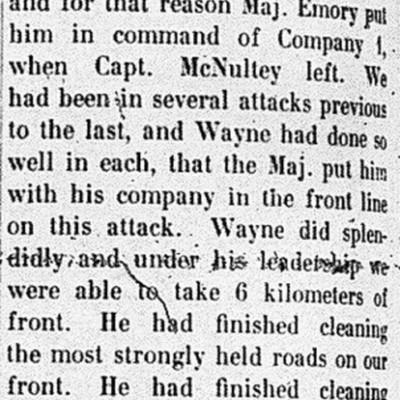